Levon Biss is a British photographer based in London, specialized in various genres, such as reportage, sport, and portraiture. His work has been published in many international titles, such as TIME magazine, GEO, The New York Times Magazine, National Geographic, and Sports Illustrated.

Mixing his passion for photography and nature, Levon has created an amazing project titled Microsculpture, in which he creates magnificent macro photographs of iridescent insects, combining over 8,000 separate images into a unique picture that highlights the almost invisible details of each insect in high-resolution.

Microsculpture is a groundbreaking project by the British photographer Levon Biss that presents insect specimens from the Oxford University Museum of Natural History like never before. These images reveal an unexpected and often breathtaking beauty and make visible the many intricate adaptations to the form of insects – what entomologists call their microsculpture. 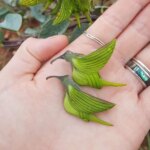 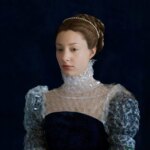