Inspired by the infrared region of the electromagnetic spectrum which exists beyond the visible spectrum of light discernible by the human eye, the works in the show speculate on the unseen world just outside of perception. The Spectral Divide explores the spaces that surround us but lie outside of our awareness, brushing past us like waves in the dark, a ghost caught in the frame between light and shadow. The infrared world exists at wavelengths that are longer than those of visible light, just beyond deep red in the light spectrum. What we consider color and light are in fact visible radiation; increasing in temperature from violet, the coolest, to deep red, the warmest. Infrared radiation is warmer still; the body can feel and react to it, but is unable to perceive it with the human eye. This radiation has the ability to penetrate the skin and reveal abnormalities, things that shift, change, or grow unseen within a body or environment. The work in this exhibition explores the spectral bodies that may exist beyond our knowing, an empire of lost senses wandering just below the skin of this world, bathed in a sea of infrared radiation. Captured over the last 10 months, The Spectral Divide documents this territory in and around the Pacific Northwest, shot exclusively on a camera modified to capture the infrared spectrum of light and provide a glimpse into the unseen world that surrounds us. Spectral figures haunt familiar yet unfamiliar landscapes, building their own collective history in a country of lost borders, wandering through the fabric of the invisible light. 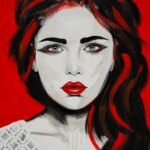 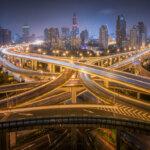 Performance cookies are used to understand and analyze the key performance indexes of the website which helps in delivering a better user experience for the visitors.

Analytical cookies are used to understand how visitors interact with the website. These cookies help provide information on metrics the number of visitors, bounce rate, traffic source, etc.

Advertisement cookies are used to provide visitors with relevant ads and marketing campaigns. These cookies track visitors across websites and collect information to provide customized ads.

Other uncategorized cookies are those that are being analyzed and have not been classified into a category as yet.

SAVE & ACCEPT
Powered by